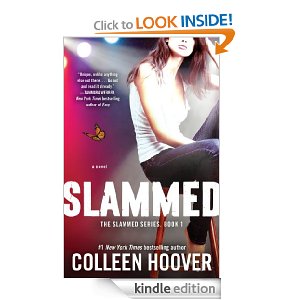 For those of you who are not aware of the Colleen Hoover story, let me take a moment to fill you in. If there’s ever been a story of inspiration and motivation for aspiring indie writers, this is it.

In December, 2012, she released Hopeless, her third #1 bestseller. It was at this time that I asked her how many copies you have to sell on Amazon to be #1? She said between 12,000 to 15,000 copies PER DAY! (By this time, the big publishers had come calling and thrown enough money at her that Colleen has since left the ranks of the indie/self-published, but we won’t hold that against her … too much. She also sold the movie rights to all three books during this time.)

It’s now December, 2012 — not even a year since the first book came out — and she’s already had three #1 bestsellers, sold the movie rights to her books and is selling 12,000 to 15,000 copies per day of just one of her books, not counting the other two plus the sales from other ebook outlets and her paperback sales.

All in less than a year.

The reason I’m telling you all this is not from some sort of celebrity worship — or just because she’s in my writer’s group on Facebook. It’s simply to show what CAN be done with self-publishing. And since aspiring authors just love to be shown the money (I know I do), I’ll just extrapolate a little. Since Colleen now has traditional publishing contracts, it’s hard for me to tell exactly how much money she was making last December off the book Hopeless on Amazon alone, so I’ll use my own net figures as a baseline:

My books sell for $4.98 on Amazon, and after Amazon takes their cut, I net out about $3.20 per book. Just using my net profit per book (Colleen probably makes more per book, since even though she gets less of a percentage from the publisher, her books are higher priced), if you multiply an average daily sales of 13,500 copies … she was pulling in $43,200 PER DAY last December and into January as she remained in the #1 spot for around thirty days.

You do the math. And this was the royalties from just one book, and through only one outlet. I think she had a very good Christmas last year….

I don’t care who you are, but that’s some good coinage!

I know we all dream of hitting the big jackpot in Vegas or winning the lottery. Well Colleen Hoover did, yet she did it with her own talent, an incredible idea and effective plot execution. And since ANYONE can publish to Amazon, you, too can hit it big just like Colleen. (Disclaimer: Opportunity guaranteed, not the results!)

With publishing on Amazon (or Barnes and Noble, or Sony or Apple), there are no snooty gatekeepers keeping out the so-called riff-raff, like there are at the Big-6 publishing houses. There is no agent to find or editor to impress. It’s just you and the reading audience. You bypass the gatekeepers and go direct to the public. And if they like your work, then maybe you, too, can have a life-altering year such as Colleen Hoover had in 2012 — and which is continuing to this very day.

RECENT POSTS (See below for posts by category)

My Books (on Amazon.com)